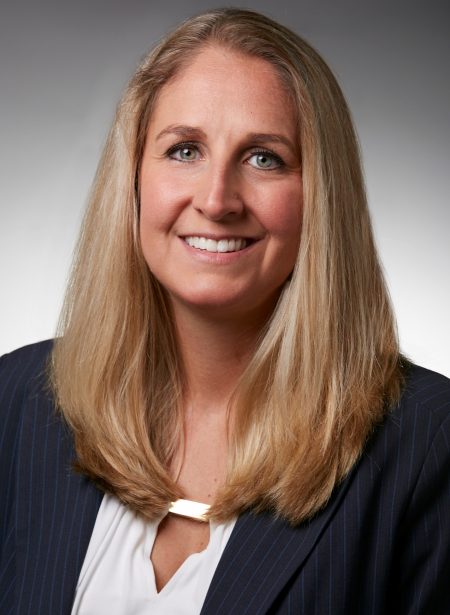 Amy M. Taylor joined the firm of Heckler & Frabizzio in June of 2009 where she represented employers and insurance carriers in defense of workers’ compensation claims. In 2017 Amy made the transition into General Liability practice; shortly thereafter becoming Partner. Prior to joining Heckler & Frabizzio, Amy practiced corporate law in Wilmington, DE where she specialized in business and commercial transactions involving Delaware alternative entities.

Amy was admitted to the Delaware Bar in 2006 and to the United States District Court for the District of Delaware in 2007.

Amy has practiced before the Industrial Accident Board, Delaware Superior Court, United States District Court for the District of Delaware, and has handled appellate work in the Supreme Court of Delaware and United States Supreme Court.  Amy’s professional memberships include the American Bar Association; Delaware State Bar Association; Litigation Section of the DSBA; Labor & Employment Section of the DSBA; Women and the Law Section of the DSBA; and Lawyers of Distinction.  Amy has also been selected as a Delaware Top Lawyer by Delaware Today Magazine for 2017 and 2018.  She has presented at continuing education seminars as well as to clients on topics including workers’ compensation, insurance litigation, and ethics.

Amy has been married to her husband, Casey Taylor, since May of 2008.  They have three active children including two daughters and a son and frequently travel for gymnastics meets, softball and ice hockey games.  Amy is a Girl Scout troop leader and she also volunteers her time to help students at her daughters’ school with math.  Although she and her family prefer the sun and beach, you’ll find them playing outside all year round.  She enjoys sports, especially Phillies baseball, traveling, music, art, and playing the piano.